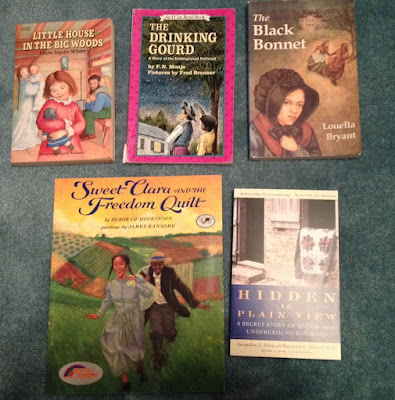 One of the hard parts of growing wiser and kinder is saying goodbye to some things we once thought were wise and kind -- but turned out not to be. For me, one of the sad farewells to make involved the Little House books of Laura Ingalls Wilder ... a series I enjoyed as a youngster, imagining myself as part of the cozy little family that moved West along with the American frontier.

When I "grew up" in terms of historical fiction, I began to realize the harm those books can do, in particular Laura's mother's opinion that Native Americans were dangerous and should be killed -- after, of course, depriving them of their lands and customs. It was a painful change to make, to see the books as only "reference" for folk ways and for traditional American White bigotry. It still hurts. 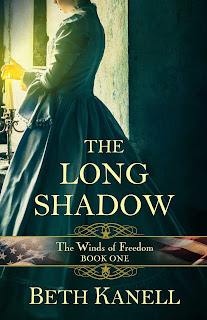 With that new awareness came the realization that many books for children in particular embrace myths that do harm. The books pictured here -- one of which is actually sold as nonfiction -- have problems in terms of the history they teach and the myths they encourage. Because I care about young readers having good books available that show more truthful accounts of the past, I dug into both American and Vermont research on the 1800s. And then I got to work and wrote THE LONG SHADOW, an adventure of three teenage girls in 1850 in Vermont's Northeast Kingdom. The book will be published in about 8 weeks, on April 18, 2018.

For a quick summary of "what's wrong with the Underground Railroad myths," check this succinct and authoritative version provided by Prof. Henry Louis Gates.

And for more discussion, join me to learn about my new book at a local bookstore, or on the radio, or invite me to bring the conversation to your club, church, or classroom. After all -- that's why I wrote this book. So that you and I could talk about it all.
Posted by Beth Kanell at 5:20 PM No comments:

Lincoln's Birthday ... and Thaddeus Stevens on My Mind 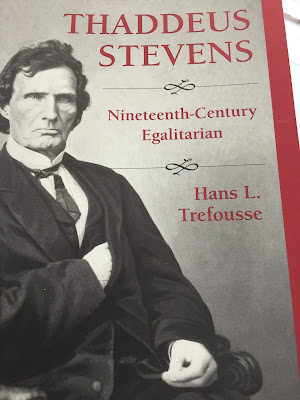 "President's Day" is still a week away, but today, February 12, is the date that is Abraham Lincoln's birthday. When I was growing up, schools celebrated it -- not as a day off, but as a day to pay attention.

Today in our era marked by harsh political conflict and skyrocketing awareness of the way America's centuries of enslavement have injured our people, it's a good day for learning more about our past and choosing ways to make the present and future better, I believe.

So I paused this morning to check what Abraham Lincoln was doing in 1850, the year when my "Winds of Freedom" series opens with the book The Long Shadow (publication date April 18, 2018). In that year, Lincoln was still practicing law in Springfield, Illinois, where he took on quite a few transportation cases. He also gained a patent of his own for a boating invention. He'd already served one term as a legislator, and opposed the land grab of the Mexican-American war; that war ended two years earlier, marking his first contribution to national affairs. He wouldn't speak out again until 1854.

But in 1850, an ardent freedom fighter from Vermont, transplanted to Pennsylvania, took a powerful stance in Congress to oppose slavery. That voice came from Thaddeus Stevens, and it echoes many others, especially the voices of America's Quakers, who pointed bluntly to the evil of humans being "owned" by others. "Chattel slavery," they spoke of -- "chattel" refers to personal property, and unlike, say, indentured servants, chattel slaves could be transferred by will or by bill of sale. 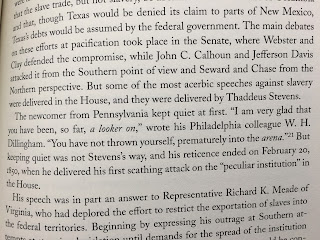 Yes, you'll find actions by Thaddeus Stevens influencing Vermont village life in The Long Shadow. Importantly, the choices taking place in this book are made by women who choose to take action -- protagonist Alice Sanborn, her best friend Jerusha, and their younger and very dear friend Sarah, with her dark skin and desperate longing for her family, still enslaved but with hope of purchasing their freedom. And Miss Ruth Farrow and the Mero family -- historically "real" Black Americans who lived in my part of Vermont in 1850.

Each of us has something to contribute to making the world a more just and valued place to live. For me, it's speaking of how things really were in 1850 -- here in the Green Mountains of Vermont, where reading the words of Thaddeus Stevens gave a fierce and upright example. 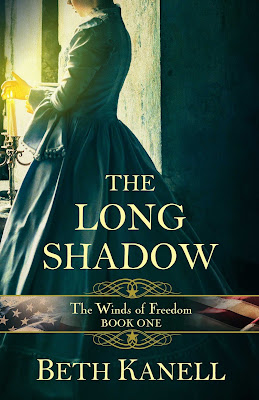