House of Dreams: The Life of L. M. Montgomery, by Liz Rosenberg 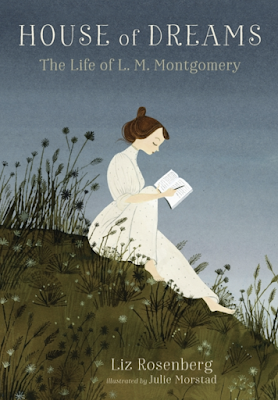 It's daunting to realize how many books and stories L. M. (Lucy Maud) Montgomery wrote, often under conditions of enormous financial or emotional stress, and how well loved they became. This year's biography of the author, by professor and novelist Liz Rosenberg of Binghamton, New York, concludes with a description of the reach of Montgomery's beloved character Anne of Green Gables:


The popularity of L. M. Montgomery's writing continues unabated. Maud's books have sold millions of copies. Her work lives on in dozens of forms -- some of which she never knew, and could not have even imagined. Her writing has been successfully adapted to the stage, the movies, and for television, and is available in books, CDs, and DVDs. Discussions of her work abound in journals dedicated to her writings, and in online blogs and articles.

Anne's House of Dreams was distributed to Polish soldiers during World War II to lend them courage and hope. ... Prince Edward Island estimates 350,000 come to visit Green Gables each year. Kate Middleton, as the newlywed wife of Prince William, flew to Prince Edward Island on her honeymoon in honor of the books, citing Montgomery as one of her favorite and most influential authors. ... Her works are treasured by children and adults all over the world -- they are particular favorites of Japanese schoolchildren, fellow islanders living half a world away. ... Her single most beloved and famous book, Anne of Green Gables, has sold more than fifty million copies worldwide and been translated into more than twenty languages.

Let that be a noted talking point for those explaining the lasting and global effect of children's books and classics about growing up poor and making the best of things. As Rosenberg demonstrates in HOUSE OF DREAMS (a title that reflects the 1917 "Anne" book, Anne's House of Dreams), one persistent and naive author who puts pen to paper every day can eventually see her stories enter the hearts of astonishingly diverse people.

Rosenberg is a poet and novelist, as well as biographer, and these qualities enable her to narrate Maud's own life of heartbreak with passion, insight, and a sense of pace that feels like a well-spun novel, full of complex characters and twists of plot. Trapped in a dysfunctional family through both poverty and her own sense of loyalty to her grandmother -- a brusque and stern woman who nonetheless made enormous sacrifices so Maud could gain an education and become employed -- this lifelong writer created the personality of an orphaned girl with unfortunate red hair, determined to see and name the beauty of the world around her. 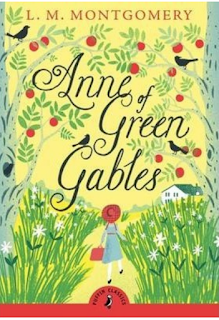 There is certainly a circle of courage in Montgomery's "work and life": The character she gave to Anne connected directly to the better days of her own spirited approach to life. But unlike her protagonist, Maud Montgomery had very few "lucky breaks" in life. Repeatedly "orphaned" in terms of people who should have taken care of her as a child, then disappointed in love and entangled with men whose coping strategies tore her apart, she still maintained her discipline of writing, and fought for publication of her work. At one point one of the most highly paid authors among Canadians, she also saw her work become profitable to an unscrupulous and unpleasant publisher (she did not benefit from the vast earnings of the "Anne" films), barely coped with what was probably bipolar disorder, and gave up her peace of mind as well as her fortune to take care of the (mostly) men who depended on her.

The only time that I was able to "put aside" HOUSE OF DREAMS was when I just had to stop to quickly re-read Anne of Green Gables, to feel again the marvelous joy of Anne's self-propelled discoveries of love and life. Then I plunged back into HOUSE OF DREAMS, unwilling to interrupt it again, even through the massive sorrows of Montgomery's pathway.

Many thanks to Rosenberg for this satisfying addition to women's biography, to the insight that an author's life can provide, and to opening a door for younger readers -- from engaged 12-year-olds on up -- to explore how an author and her work can braid and mingle. The publication of this volume by Candlewick Press, with its esteemed standing in libraries, classrooms, and bookshelves of eager readers, makes that intent especially clear. And the tender line drawings by Vancouver, BC, artist Julie Morstad are a perfect match to the book.

I plan to stay grounded in HOUSE OF DREAMS as I set "pen to paper" for my own next novel. What an inspiration to treasure! I'm on my way.
Posted by Beth Kanell at 3:21 PM No comments: