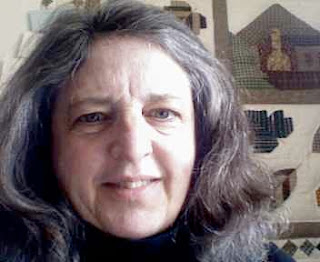 Sometimes I can be there in person, in a classroom, library, discussion group. But sometimes I've got to stay close to the desk and can't drive or fly to another location. Thank goodness for SKYPE AN AUTHOR. It's a way to connect that I hope you'll consider if you don't live nearby. Take a look at the site: http://skypeanauthor.wetpaint.com/page/Beth+Kanell
Posted by Beth Kanell at 2:42 PM 1 comment:

Here's a link to the VCNAA site provided by Mark Mitchell, where you can follow the progress of S.222, the Vermont bill that would give a better form of recognition to the Abenaki of this state: http://vcnaa.com/native/content/view/1326/55
Posted by Beth Kanell at 4:51 PM 1 comment: 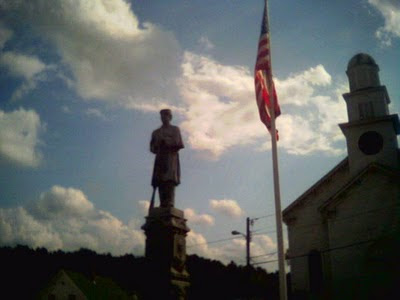 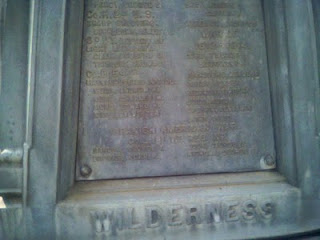 Often "truth" is not displayed by a photo, no matter how accurate the image may be. The photos shown here -- not so great, because I took it with my cell phone, having forgotten to bring along my camera -- show a bit of the center of the village of Coventry. A casual visitor would assume that the soldiers' monument on the village green lists the Yankees who enlisted to fight for their country or their cause, and indeed, it does. But the faces aren't what are usually shown as Vermont faces in 1850. Four of the names here are brothers in the Mero family. They were native Vermonters, and they all enlisted when the Civil War broke out in 1861. And they were Black.

There were more than 700 "free blacks" in Vermont in 1850. What patterns of life did they witness as spring arrived in that year? What heritage did they treasure? How were they embraced as neighbors in a village where everyone helps each other (because the weather is so much more powerful than any person can handle)?

For me, historical fiction can be a result of excavating the past to discover as much as possible of these accurate truths, then using a threaded needle to carefully darn the gaps. If you've never yet darned a sock -- the process of weaving yarn or thread back and forth across a heel or toe to replace worn-out fabric -- you might not realize this final detail: You have to be careful not to pull too tightly on the threads as you weave them, or you'll tug the edges of the hole too close together and end up with a miserable lump in the sock that keeps you from wearing it after all.

And that's exactly why the writing of historical fiction has to be so careful in how it pictures the truth.
Posted by Beth Kanell at 4:50 PM No comments:

St. Patrick's Day is coming in a few days. I've been reading a lot about Ireland, Irish history, and the Irish in America. Since the mystery I'm writing just now (working title COLD MIDNIGHT) is set in 1921 in a nearby Vermont town, friction among Irish and French Catholics plays a role in the plot.

Good background for Vermont Irish has been the relatively new book by Vincent E. Feeney, FINNEGANS, SLATERS, AND STONEPEGGERS: A HISTORY OF THE IRISH IN VERMONT (2009). Feeney begins with the Irish in Vermont in the 1750s, and meticulously tracks community creation, church establishment, church arson, and more.

With this research has come new insight into "the Potato Famine." Soho Crime author James R. Benn talked about his own learning curve on this one while he was writing his newest Billy Boyle (World War I) novel, EVIL FOR EVIL. The nastiest discovery was that the Irish really did have some potatoes and other food during that time -- but the English, basically acting as an occupation force, took the food.

This comes up also in Erin Hart's mysteries -- I've read the first (HAUNTED GROUND) and third (FALSE MERMAID, which just came out). When I'm writing, I wrestle with the history of conflict to develop a better understanding of people's choices, before my characters begin to make their own decisions.

For a little lighter research: I'm always making lists of what people routinely ate and how they cooked it in different time periods. So here's a handy web site for St. Patrick's Day: http://www.foodtimeline.org/foodireland.html . Let me know if you're making something special for that day, or just wearing a bit of green to acknowledge the date's significance to so many.
Posted by Beth Kanell at 8:54 AM No comments:

The Darkness Under the Water: Video, Events 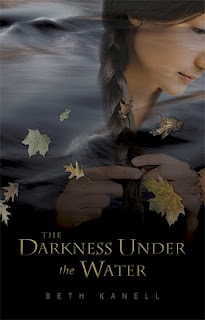 I've got some exciting historical research to share this weekend, so take a peek then or on Monday. It's been a great week so far for research, but not so good for sustained writing!

Meanwhile, I'm thrilled that library media specialist Analine Johnson has just published her video trailer for THE DARKNESS UNDER THE WATER (historical suspense, set in Vermont in 1930). The trailer is an amazing work of art, from a dedicated reader who knows how to convey emotion with power and beauty. Thank you so much, Analine.

To go with the trailer, and the energy of spring, I'm putting together a spring book tour. It starts on Sunday March 21 at 1 p.m. at the Baldwin Memorial Library in Wells River, VT. I'd like to set up two kinds of events: (1) In person (if you're in Vermont or New Hampshire, contact me by March 31 with a proposed school or library event for this spring, and I only need to get travel funding from you -- no other fee for events that take place before June 10). (2) Video book talks for groups of at least two people anywhere who have read the book: I'll be there for 20 minutes to answer questions and get your take on the book. Here's what I ask readers most often: Do you think the book has the right ending? Why, or why not?

[PS: The trailer link changed on March 14, to Ms. Johnson's book blog -- hurrah! Well worth exploring. She also has her work posted on ReadKiddoRead.ning.com and  teachertube.com.]
Posted by Beth Kanell at 3:35 PM No comments: