More About the Chinese in Vermont, 1921 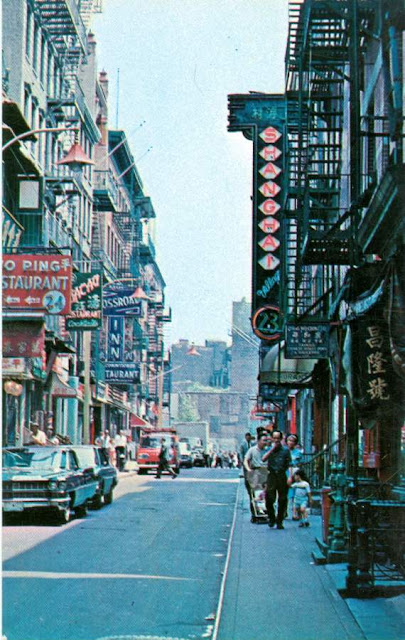 At Saturday's library event for COLD MIDNIGHT, I told the real (documented) story of Sam Wah, a man born in North China in 1846 who opened a laundry in St. Johnsbury, Vermont, in 1886 and lived here until his untimely death in 1921. Mr. Wah's murder was headline news for the town at the time, and ministers preached that the criminal must be captured -- there must be justice, for Mr. Wah was not "only a Chink" -- he was a Christian and part of the community.

Although that language may seem a bit forced to us now, there's no doubt that the town put its money down to seek justice. The town hired a famous detective, Jason Wood, from Boston, and the business community collected funds to purchase both a plot at the cemetery and a large, plain stone that says, "Sam Wah, Died December 27, 1921."

One of the attentive listeners on Saturday posed the question, "Did that mean there was very little racism in the town at that time?" Although I give full credit to what was done after Mr. Wah's death, and it's also well documented that the laundry owner socialized with the businessmen at the noon dinner in the local restaurant, as well as evening poker games -- I think it would be accurate to say there was an accepted form of racism in town that really hadn't particularly been thought through. Chinese were assumed to be a certain way, just as "Injuns" and black people were. Friendships across the lines of race were unusual, just as they also were often strained across the lines of religion and ethnic origin. (Irish Catholics and French Catholics had separate churches in the town until 1966.)

Moreover, the postcard shown here, with its colorful image as if one were traveling abroad, is of Chinatown in New York in the 1960s, and my husband Dave, who contributed it, transcribed the material typed on the back:

Looking East on Pell Street-Chinatown
New York City. A touch of the Orient is its
most interesting feature. Here one will find
a great variety of curio shops, restaurants,
exotic foods, theatres, etc.

The terms "curio shops" and "exotic foods" still (40+ years after Sam Wah's death!) carry that sense of the mystical "Orient." At a guess, from the postcards we've put together, as well as documents, people in 1921 -- even in "fair-minded Vermont" -- probably saw Asians as "exotic," "inscrutable," and even malicious. Hence the emphasis on "Christian like us" for Sam Wah.

Interested in reading more about perceptions of Chinese in America in the late 1800s and early 1900s? Here are some informative websites, provided by Professor John Jung:
I have another postcard to share, one from a couple of years after Sam Wah's murder; we're confirming some details in the historical research, and I look forward to sharing it with you soon.

Posted by Beth Kanell at 7:46 PM No comments: