Returning to Philip Pullman's THE BOOK OF DUST, Thinking about "Young Adult" 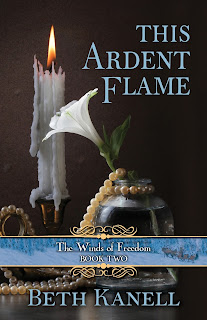 My newest Vermont historical adventure reaches the marketplace on June 23: THIS ARDENT FLAME. Set in a real village not far from where I research and write, in 1852, it probes the very real controversies around ending enslavement in America, from a Vermont point of view.

But for me—and I think for many other authors—a novel takes on legs and spirit of its own, and within a few pages of the start, I knew the teens in this book had complicated lives in which they felt the pain of being "other than" what's expected. They knew romance and dreams. They threw themselves into battles for justice, without full consideration of what it could cost them.

And that, for me, is the point of writing "YA." Teen protagonists aren't just unseasoned; they are passionate. When they recognize the next right thing to do, they can be more likely than careful, thoughtful adults to offer themselves and their abilities. Of course they get hurt this way. But they also grow in leaps that are exhilarating to experience, even as the writer rediscovering them.

THIS ARDENT FLAME recaps what it meant to be deaf in Vermont before the Civil War. It exposes the pain of families already beginning to split on moral grounds. I hope that in the best of ways, it foreshadows the coming darkness of the war that tore America apart, so fiercely that the wounds have still not healed, 160 years since they began to bleed.

My kind of writing depends on constantly learning. A lot of that is from the scholarship and research of others, especially social historians. But I'm also always working at becoming a better wordsmith, scene setter, tension exposer, painter of love and loyalty. Part of my "training" comes from reading powerful stories told by others. I grew up on Madeleine L'Engle, J.R.R. Tolkein, Frances Hodson Burdett, Arthur Ransome, Robert Louis Stevenson, Louisa May Alcott, and yes, second-tier novelists who brought us important visions, like Harriet Beecher Stowe, who strolled right into THIS ARDENT FLAME and surprised me deeply.

In my non-writing life, I'm doing some hard things right now, involving selling the home where my husband and I lived and loved, and where I tended him in his final illness. I'm learning to talk with (and learn from!) contractors in preparing a new home for myself. I'm packing LOTS of books.

So I'm re-reading YA novels this month. That took me, this week, to Philip Pullman's newest series, "The Book of Dust," which has two published books so far, with the third and final yet to come. As I worked through the first one again, La Belle Sauvage (named for the canoe owned by Malcolm, one of the protagonists), I looked at how Pullman summoned power through his words, and deepened the ideas and passions behind them. 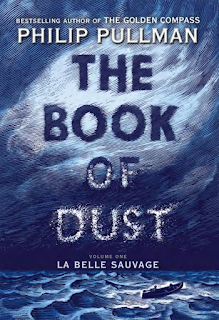 Around halfway through the book, Malcolm's school gets taken over by a religious crusade that deliberately turns children into spies on the morals of their families and friends. Malcolm observes the effect: "Few pupils were openly naughty anymore—there were few fights in the playground, for instance—but everyone seemed guiltier."

The phrasing made me think of Orwell's Animal Farm. Political manipulation and power depend on making one group feel potent, and another feel guilty and "less than." It's a shocking book, and one that is now embedded as firmly in our culture and thinking as Orwell's other noted dystopian, 1984.

Is Animal Farm meant for teens to read? I certainly read it first when I was a teen, for school. Recently my 12-year-old grandson read it for school, too. I tried to let him know, without being pushy about it, that I felt the book was dark, even scary. I bet he felt the same way. I hope his classroom reinforced taking a stand against the machinations exposed in the story—and supported the kids who found it painful to read. Lots of people experience the use of power against them, even before they grow up.

I'm torn about whether Pullman's books are "good for young readers." Even today, I find they hurt me, darken my views, open me to more despair.

If you have an opinion on all this—I'd like to hear yours. Let's talk.