Multimedia, Hyperlinks, and a Village Event in Peacham, Vermont 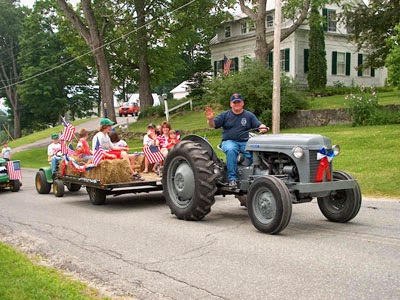 Peacham is considered one of Vermont's most photographed towns -- in part because at least one Vermont Life photographer lives there, and many more have visited. It's not just the hill-and-vale arrangement of church, town center, and farms that's drawn photographers here, but also the strands of local tradition and history. The Peacham Historical Society is constructing new climate-controlled storage space for its archives; the Peacham Library hosts a weekly coffee hour; and the town's small school is neighbor to a professional-level astronomy observatory. 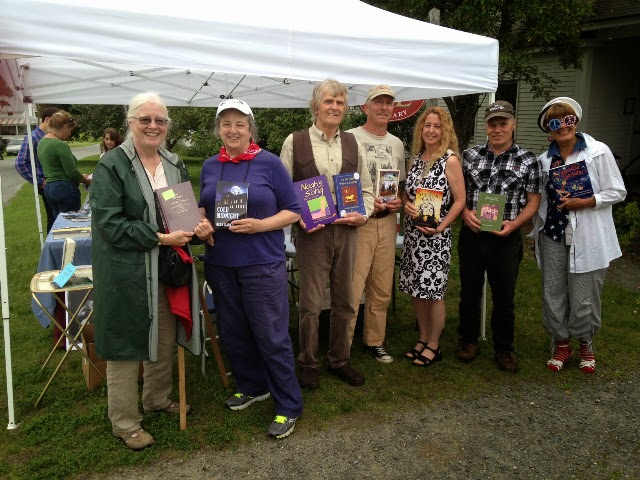 Seven of us "local authors" joined the Peacham Library on July 4, to focus some interest on books. There was a sale of used books inside the library, and outside, under a tent, we seven offered copies of our creations, along with signatures of course. Since business was slow, we also had plenty of opportunity to share aspects of both research and the writing life with each other -- for instance, we listened to Jerry Johnson's poems set to music and performed (on CD) by Jon Gailmore, while archivist Lynn Bonfield described the Gold Rush-era diary that brought her from California to Peacham, children's authors Lynda Graham-Barber and Tanya Sousa compared notes on their paths, Alec Hastings confirmed that he's now writing a teen adventure based on the river logging of the early 1900s, and memoirist Gary Schoolcraft and I planned more author collaborations. 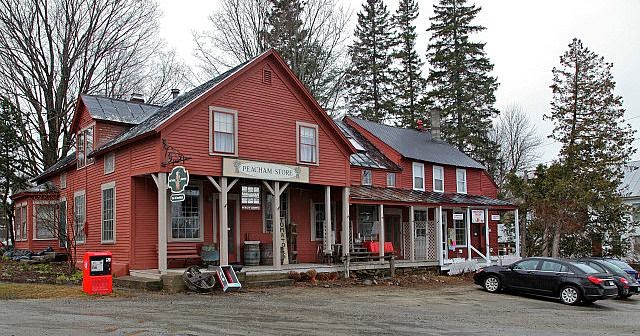 But equally of interest to me, especially as I reflect on overheard conversations that day, is how many media had roles in the day's offerings. Not only were we authors discussing printed books, e-books, and audio books, but we shared Internet research techniques and access. Young reporter Caleigh Cross (a novelist herself) captured images of the famous Peacham tractor parade for the local newspaper's advance website coverage. And visitors pointed to the village store buildings and talked about the films that have used them as backdrops, like Ethan Frome and The Spitfire Grill. 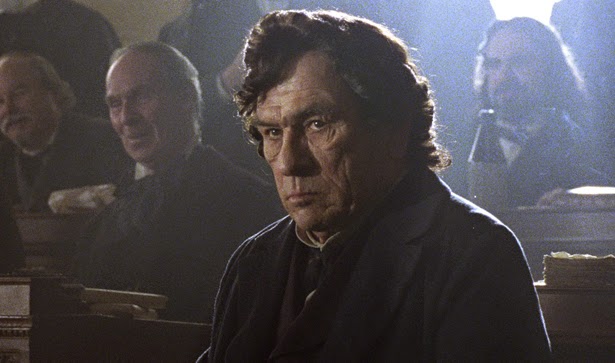 As for me, I was also thinking about Peacham history, "then" and now. I'm particularly pleased with the fresh interest locally in Thaddeus Stevens (1792-1868), who lived in Peacham as a child and became an ardent abolitionist and legislator based in Pennsylvania. The recent film Lincoln gave him a memorable face and role, played by Tommy Lee Jones. Just as important to me are the postcards Dave and I recently acquired, one showing an earlier view down "South Main Street" from where we authors stood, and the other of the house labeled here "Thad[deus] Stevens Farm."* These old postcards were the "social media" of their time, half Facebook-ish with their images, half Twitter-esque with the limited space for a message. As I collect these, along with memories of a congenial community event, I feel like a human version of a hyperlink, myself. 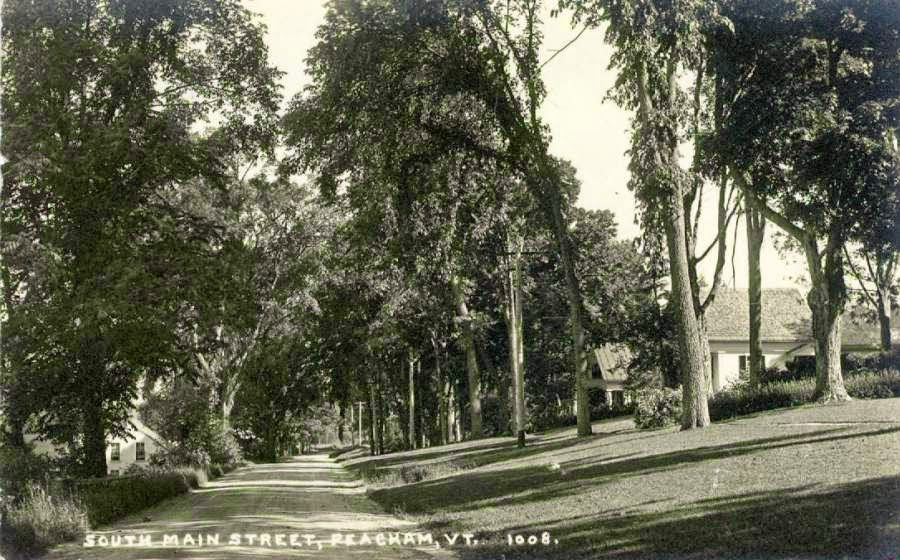 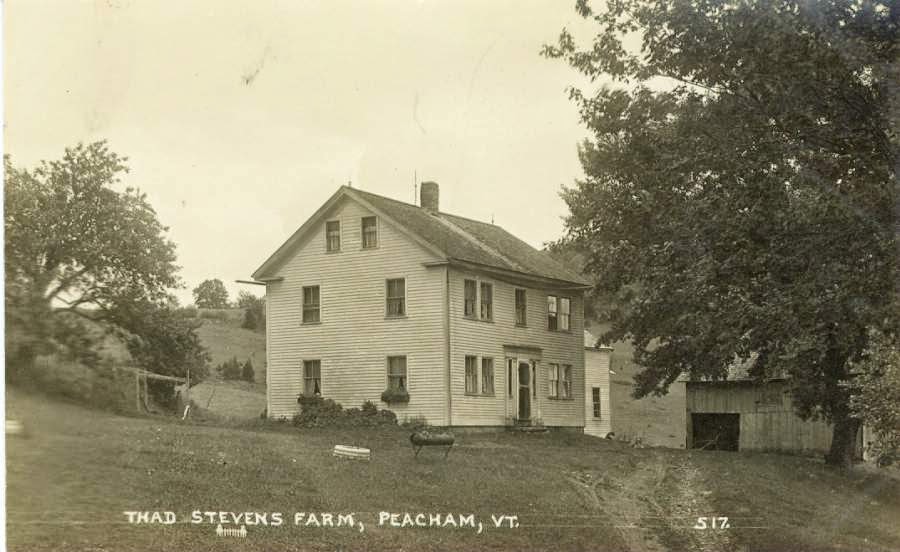 Our future is rooted in our past; how lovely to savor the present, and look in both of those directions.

*Note from archivist Lynn Bonfield: "The Stevens house on the hill (seen from the village) was the one he bought for his mother—he never lived there.  He was raised in a house on the Peacham–Barnet border, up the hill from the West Barnet church."
Posted by Beth Kanell at 4:15 PM 1 comment: