And the Reviews Are Coming Soon -- in fact, here's a fabulous advance review to savor! 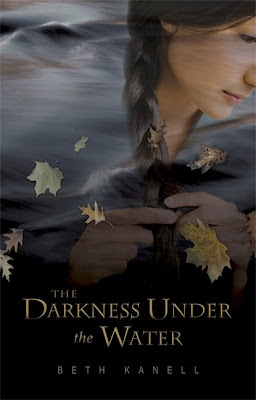 How can you decide what to read next? Running your hand along the bookshelf is one way... but another is browsing through other people's words about a book, checking out the reviews. THE DARKNESS UNDER THE WATER is in the review stage right now: "Advance review copies" (also called ARCs) have gone out to some of the most committed readers and reviewers of Young Adult books in the US (and that includes bookshop owners!). Most of them won't read the book until some cozy summer afternoon or evening, and most reviews won't appear until, say, August or September.

But there's always an exception! And this one is a doozy: One of my favorite "kid-lit" blogs is Seven Impossible Things (remember what the White Queen told Alice about believing six of them before breakfast?!). Jules, a partner on the blog, kindly took a peek at THE DARKNESS UNDER THE ICE early in this process -- and when she finished reading her ARC, here's what she wrote. Absolutely, she made my day, week, month... I hope most readers will feel as good about the book as Jules does:

7). I finished the ARC of poet Beth Kanell’s The Darkness Under the Water, to be released this Fall by Candlewick. I have been reading this story for a looooong time now. In fact, I—ahem—broke one of our rules and read the manuscript of it (though I knew that it had already been lined up to be published, which makes it slightly different from an unpublished manuscript, I think). By the time I was finishing it, the author had sent me a bound ARC of it, which was easier to carry around than 199 pages of paper. Anyway, it’s a beautifully-rendered, haunting, and lyrical coming-of-age story, set in 1930, about a time in Vermont’s history in which the lives of Native Americans were threatened in the name of “improving” the Yankee population (the Vermont Eugenics Project, it is sometimes called). Told through the voice of one Molly Ballou, aged sixteen, whose family is of Abenaki heritage, it’s ultimately a triumphant story of transcending hardship and discrimination, and it’s quite elegantly told. (I’m telling you this now, because a) it really was a kick, but b) I don’t expect to be this articulate about it, come November, when it’ll finally be published. I don’t have the best memory.)

Awesome!
Posted by Beth Kanell at 6:59 PM No comments: