Stepping Into the Next Chapter 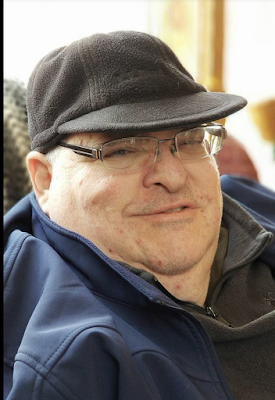 Since I last posted here, I've walked hour by hour, minute by minute, through the final days of my husband's life. Seen his body buried. Shared his passing with friends near and far, and wept with many. And learned how the loneliness of being "half a marriage" brings sobs, tears, and sometimes screams of grief in the various darknesses.

Then, of course, you make your feet take the next steps and you extend your arms in that darkness, feeling for what's hidden. A flashlight comes in handy now and then.

I'm writing poems again, more than two months into the "After" that I long realized would some day arrive. I also wrote recently about Sam Wah, the historic figure whose murder sits at the center of my novel COLD MIDNIGHT; about the three Lee brothers who went to war in the 1860s -- and only two came home to their parents' arms (certainly connected to my ongoing Winds of Freedom novels); agreed to begin a Vermont history column for the magazine Vermont Views; researched a Vermont Supreme Court justice of the 1800s who grew up near here; and, painfully but inevitably, packed much of the house and placed it on the market. (Five bedrooms, mature apple trees, a permanent aura of love. Ready for its next family.)

The writing life goes on. I have a couple of poetry collections to polish, am in the research and plotting stage for Book 3 of Winds of Freedom (Book 2 went to the publisher in mid February under the working title This Ardent Flame; Book 3 has a rough working title of O Fierce and Kindred Heart but I suspect it will go shorter). Although I'm writing poems of mourning, I'm not sharing all of them at this time -- some, however, go onto my Facebook writing page. So do some joys.

There. That's the next chapter. Complicated, isn't it? I think it needs an index of its own.

Most of all: I could not keep walking this journey if it weren't for the supportive love of so many friends. Thank you. Let's see what's up ahead.

Posted by Beth Kanell at 5:23 PM No comments: