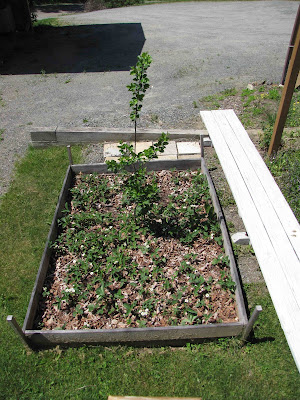 Photo: Our strawberry bed, last week of May. In the middle, an apple tree -- produced by grafting, during a Ken Parr workshop at the Fairbanks Museum.
Posted by Beth Kanell at 12:03 PM No comments:

Discussions with Vermont librarians about the Vermont Eugenics Project -- the bitter historical reality underlying The Darkness Under the Water -- often come, with sorrow, to Vermont author Dorothy Canfield Fisher. Author of Understood Betsy and many other well-loved children's books, Fisher also wrote abundantly for adults. She campaigned for sensible future plans for her adopted home state (like many another "flatlander" turned Vermont taxpayer). In the early 1900s she saw the potential for tourism as a major revenue source for Vermont and urged a program of preparation, including tidying the landscape. Her thinking led her to approve of a Vermont peopled by camera-ready Yankee farmers, making do, polishing kitchens, and speaking in similar dialects. And her influence in the political and social world of her day contributed to the mood in which Vermont legislators finally passed a law that allowed invasive surgery of women who "shouldn't have more children." The point was, to clean up the people -- that's what eugenics means.

With hindsight, we can see what a terrible law this was. And we can see the errors in thinking that led to it. But at the time, many "good people" were clueless about the evil that it authorized.

Today's Boston Globe includes a review of the book America and the Pill: A History of Promise, Peril, and Liberation by Elaine Tyler May. Reviewer Kate Tuttle points to the book's discussion of Margaret Sanger. Sanger campaigned for teaching "sex education" and for making birth control available to women. She saw it as a way to free women from repeated unplanned pregnancies, with all the serious health effects and limits of life choices that came with those. But like Fisher, Sanger also saw birth control as something to be imposed on the poor, the uneducated, and in a wider vision, on people she saw as undesirable. Although she didn't have a direct role in what happened in Vermont, she worked hard to make sure eugenics laws were discussed and passed in many states. Thirty-one states eventually had some version of eugenics laws.

As I think about these women who worked so hard for social change -- and who also helped make possible laws that are now seen clearly as unjust, creating terror and pain -- I think also about the power of women and their capacity to keep trying. Clearly, we all need to listen to each other, and keep widening our own vision and understanding. Let's resolve to do our best to test our ideas not just among our friends, but out in the wide world of difference. The Internet makes this possible in ways that couldn't have been imagined a hundred years ago. 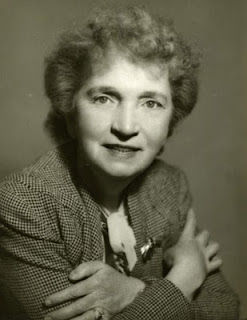 Poem from "Mud Season at the Castle" (by me when I was E. L. Dugger) 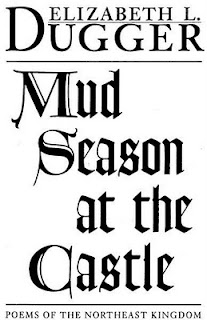 Initiation
Across the heat of June hayfields
the clouds rolled up all black and silver
flashing forth ancient tongues
and came the rain:
Gray slaps and sluices sweeping down hillsides
stealing vistas
pounding the earth into puddle holes
and whipping the rutted road.
It was the longest day of summer,
yet the green ridges shivered purple
and the birds hid.
Late afternoon the wind arose
tore off the sky's low sagging veil
and spread blue innocence
from hill to gleaming hill.
To the mountaintop I scrambled
drawing the charged and trembling air
into my secret places.
And the places where my wings might grow
rustled feathery soft inside me.

Posted by Beth Kanell at 1:13 PM No comments: