The Real Houses, for the Stories: The Paddock House 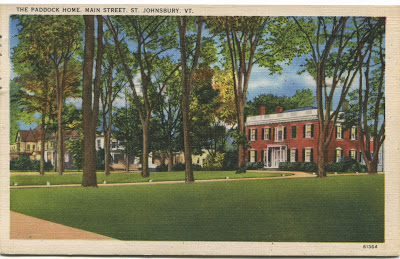 My husband Dave recently gave me a postcard image that shows one of the important locations in my 1850 Vermont adventure, THE LONG SHADOW (2018 update: now published by Five Star/Cengage). This is the house where Alice Sanborn and her friends decide they have no other choice -- they race for the horse and carriage and ... but I'm getting ahead of myself. Here, instead, is how the book begins: