Discussion Questions for THE LONG SHADOW 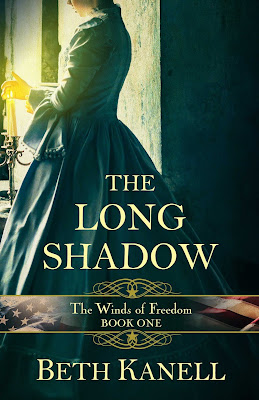 Even as teenager Alice Sanborn begins to question the boundaries of life in her Vermont village of North Upton, her boldest actions come from taking seriously the "rules of life" she's grown up with: education, friendship, moral imperatives like correcting evil, and of course working together to make life reasonably comfortable through four seasons. Vermont winter is a force to reckon with! Consider Alice's experience as she rides up Sheffield Heights in a March blizzard:


As the sleigh tilted sideways, I found my wits and scrambled out of my side of it, struggling to pull downward and keep it from completely capsizing. Sarah and Jerushah clung to the back of it, crying out.
So much noise and commotion—perhaps it helped to keep the invisible animal in front of us from coming closer. Its growl rose in volume, however, and the horse reared onto its hind legs. Solomon still clung to the bridle. I grabbed Sarah and pulled her free from the sleigh, and Jerushah scrambled out, just before it capsized fully into the snowbank at the left side of the road. The horse managed to come down in a half turn, dragging the capsized sleigh back the way we’d come. Solomon yelled and swore. One of his legs, caught in the leather straps of the reins and harness, jerked him so hard that he let go of the horse’s head at last and fell, yelping with pain as his shoulders struck the roadway.
But I had eyes only for what stood revealed in front of us, a dead lamb dangling from its jaws, and the crescendo of its growl rising into a high-pitched threat: wild-eyed face suddenly visible in a gap in the snowfall, legs tensed to leap, body easily three feet long and muscular, and the long tail slashing back and forth behind it. A catamount. The fierce and powerful beast of the mountains stared at the three of us as we clung to each other, unable to think beyond the screams that erupted from all of us at once.

Here are some issues to consider after reading the book:
Curious about a detail or can't decide about an issue? This Vermont author makes book-group visits, in person, via email, and via Skype or FaceTime. Get in touch! 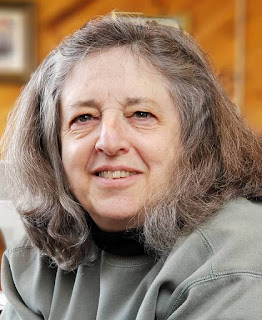 Posted by Beth Kanell at 2:19 PM No comments: