Autumn in the Air! Research on the Desk ... 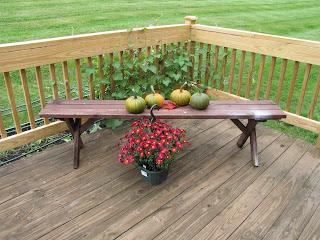 After a sweaty day yesterday, and a warm bright start to the morning today, the wind has shifted and it's now a sweater day. The robins nesting under my window finally persuaded their second brood to fly last week. I suspect the small-ish ones still pecking their way across the backyard are the newly grown flyers, feeding up before heading south next month.

Life's been wildly busy. Three more writers in my "circle" are celebrating plans for Voyage -- the Brigantine Media fiction imprint that's published The Secret Room -- to publish their books next year. It's exciting to see fiction taking off for press owners Neil and Janis.

Meanwhile, we're just 18 days from the launch party for The Secret Room (at St. Johnsbury Athenaeum on Friday Sept. 9, at 4 p.m. -- come if you can!), and lots of other events are lining up. The Amazon page for the book is "live" and I've started a discussion there; there's a review button, too, for those of you with advance copies. So far, the page has some small frustrations, including how long Amazon claims it would take for a copy of the book to ship. Neil will try to straighten that out, but meanwhile, if timing matters, please take advantage of the "Buy the Book" button in the right-hand top corner of this page, and Neil and Janis's team will get your copy right out to you, directly from the publishing house.

More busy-ness: F.D. (my collaborator on this summer's novel) and I are probably in the last stretch of the first draft of Opal of the Mountains. And I'm using some careful study of other authors' choices around character depiction, to polish Cold Midnight (that's the novel set in 1921).

Most important of all, I've found online the journal of an African American man who lived in Vermont in the 1700s, and whose experience of "freedom" here was mixed, to say the least. It's an important baseline for The Secret Room and other books that deal with the Underground Railroad in Vermont, because it sheds a vivid light on the declaration heard so often here, "Vermont was against slavery from the start. In fact, Vermont's state Constitution even banned slavery."

Well, yeah -- it did. But you know about fine print, right? Vermont's fine print was, "no adult slavery." Look at what that meant for Boyrereau Brinch when he settled down in Vermont with his wife and had children ... http://docsouth.unc.edu/neh/brinch/brinch.html -- oh, my aching heart. There's a lot of injustice in the world, even in the places we think are most fair and free.
Posted by Beth Kanell at 1:16 PM