Some of the best historical resources seem to arrive here by chance: a letter postmarked nearby in the 1800s (I have three from the postmaster of West Waterford to his son, located at a postcard show), a local inventor's identity (the "improved egg case" opened up research into Edward Everett Bishop of Waterford, Vermont), or a photo album that suddenly surfaces as a gift to a local group (thank you, Jamie Ide, on behalf of the Waterford VT Historical Society!). 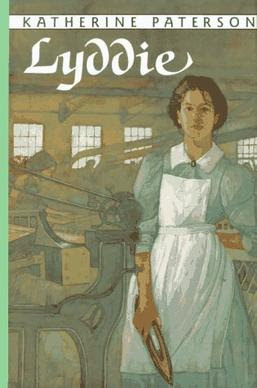 Last Tuesday evening, that Muse of Historical Research -- to the Greeks, that would be Clio -- tapped my shoulder during a virtual panel of mystery authors "at" the Tewksbury (Massachusetts) Public Library. Tewksbury is one town east of Lowell, the marvelous center of fabric mill invention that anchored the Northern profits from Southern enslavement. As of 1840, there were 32 mills in the city. Readers of Katherine Paterson's historical fiction may have pictured the lives that the "mill girls" led there (see Lyddie); those who've pursued history tourism in New England may have visited the remarkable National Park that now embraces some of the remaining mill structures and stewards their history. American freedoms, gender roles, Labor as a force in politics, all these and more can be embraced in the history in Lowell.
But I hadn't known about Tewksbury. One of the people attending the author panel mentioned "the old library" and the librarian moderating the panel sent me a link to some photos that reminded me of the libraries I haunted in the 1950s and 1960s.
Then, of course, I began to explore what this urban library offers in the way of historical collections, and here's what I found in the town public history collection there:

Any one of these could slip into the books I'm writing, set in Vermont in the 1850s and 1860s, when Vermonters still saw Massachusetts as the place where the War of Independence began, rather than a traffic nightmare or a set of distant museums and restaurants. I also discovered that Tewksbury was struck by a devastating tornado in 1857 -- something that may go directly into Book 4 of my Winds of Freedom series.
Most of all, I get the sense that Clio the Muse is always ready to alert me to "something old, something new" to learn. You know, I used to feel a little guilty that I took the writing path, instead of going boldly abroad for adventures. But it occurs to me now -- every time I find another prime resource like the Tewksbury Public Library, I'm having an awesome adventure. Just wait and see what comes up in the next couple of novels I've got rolling! (Don't you love being able to share the adventure, too?)
Posted by Beth Kanell at 3:36 PM

I'm a huge believer in research angels. They hover over your shoulder and find things you need--at the very moment you need them most.

I once wrote a book that required a castle in France. It had to be more or less unchanged since 1914, and it had to be somewhere in the northeast. Six months I looked for this puppy. On the Internet. In books about castles. I asked a French friend whose family had actually owned a medieval castle. But it was in the wrong place and it was a hotel now. Dang.

So I went to Arras, in the northeast of France, doing on-site research for a different part of the book. Arras is near the huge World War I battlefield of Vimy Ridge. I took the bus out to Vimy Ridge, went up to the top of the ridge, looked out over the frozen waves and cracks in the earth of the battlefield--

And there was my castle, right across the valley. Exactly where I needed it, and when; because at that moment, at the top of Vimy Ridge, the whole book fell into place.

What a wonderful story!