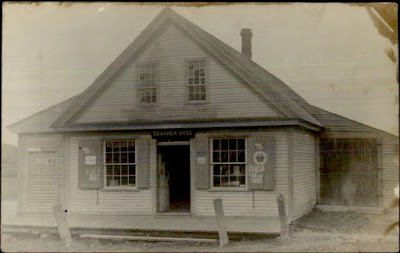 The trouble with research -- and also the delight -- is that it takes on its own compulsions. The further I get on exploring a piece of Vermont history, the more I want to know.

Yesterday I followed threads on Waterford's merchants and manufacturers. To the publishers of "Walton's Register," a business directory combined with weather almanac and political "who's who," these were the prime categories of the people who kept Vermont growing. Manufacturers created goods. Merchants sold them.

The earliest "Walton's" that I have is from 1840, and cost me a pretty penny, as the expression goes. Sometime after after 1870, for a while, and then after 1931, these little guidebooks took on a new name, the Vermont Year Book. I'm sure it felt more modern at the time! 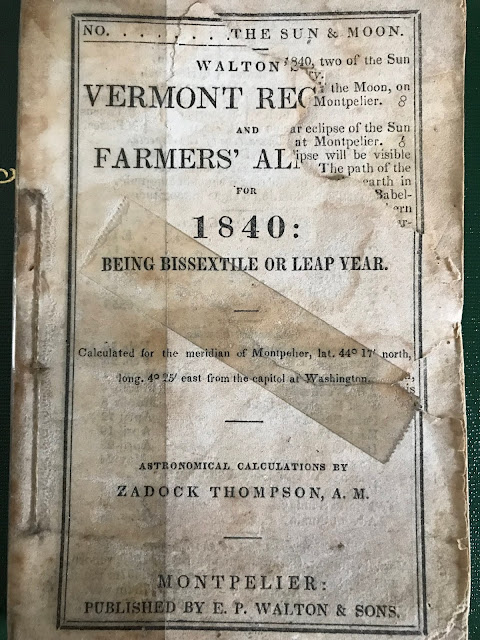 I was looking for details on these businesses in my town, a Connecticut River settlement at the southern edge of the Northeast Kingdom. Along with looking for trends and growth areas, I especially wanted to find out something about Edward R. Goss, whose name is on the general store pictured above.

The hunt took me through a volume of family history, dozens of Ancestry documents, and volume after volume of Walton's. A Vermont Village: 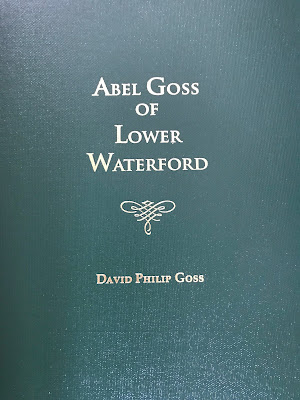 To my enormous relief, I finally found Edward in the 1910 Walton's -- then realized I could have saved a lot of searching if I'd gone first to the (not always fully reliable) town's volume of history written by Dr. C. E. Harris: 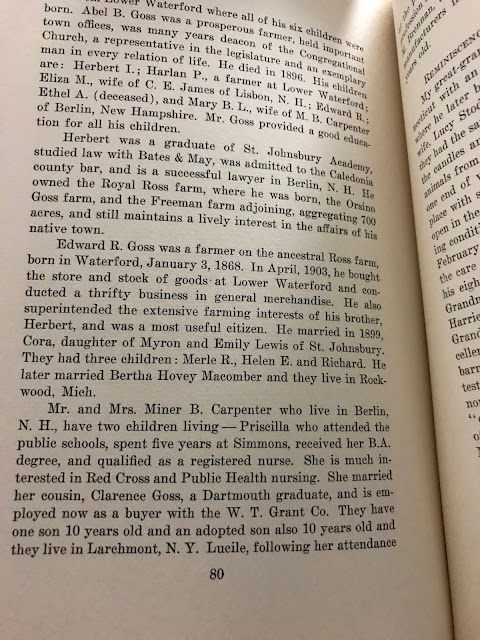 I finally lurched toward sleep, rather later than I'd planned. Proving once again the adage, "You find something in the last place you look for it."

Today I added one more top note to this stack: the origin of the Goss surname, which turns out to center in the West Country of England in the 15th century. Now to the next stage: adding this to my other research on local businesses in the 1800s, and figuring out how to present it all as an engaging story for people who don't suffer from "find out more" compulsion!

If you live in northern Vermont, I hope you may be able to join me on Wed. July 24 at the Davies Memorial Library in Lower Waterford, to look at all this, together, for the Waterford Historical Society meeting. And if you don't live nearby -- relax, you'll get the best of the results packaged into the series of historical novels I'm writing, Winds of Freedom. I've just started Book 3: O Fierce and Kindred Heart. What do you want to be the title gets shortened to Kindred Hearts along the way?
Posted by Beth Kanell at 1:55 PM