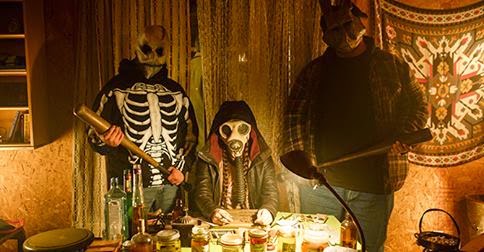 These are "stills" from the Canadian award-winning movie RHYMES FOR YOUNG GHOULS, coming to our local "arts cinema," Catamount Arts, on October 31 (through Nov. 6). The Halloween timing will fit the photo you see above -- but this movie has a lot more to do with Vermont, and my book The Darkness Under the Water, than you might have guessed.

Discovering the horrors of Vermont's home-grown eugenics project, which targeted Vermonters of Abenaki (Native American) heritage in the 1930s, pushed me to write The Darkness Under the Water. What was difficult for me to confront -- the betrayal and medical crippling inflicted by our own mostly fair-minded state -- remains much more terrible and present for those whose families suffered in person from this. It was also the reason Vermont's tribal presence became silenced for decades. Census takers in 1980 recorded the state as "empty" of Native Americans; in 1990, when some measure of safety had been restored, so people could answer more honestly, the Census takers (naive!) asked, "Where did all these Native Americans come from all of a sudden?!"

Back to the movie: Filmmaker Jeff Barnaby confronts the parallel racism and oppression that were taking place in Canada, with a very up-to-date and eerily believable "revenge fantasy" film, as a pot-dealing "native" teen takes aim at the Indian Act and the local Indian agent who is threatening to place her in a residential school. If you like your history served up current, with a generous dash of dark humor and good performance, this could be your film. I know it's one I'm going to see (with thanks to Mr. Aldredge at Catamount for the effort of bringing it through the international network).

And if it makes you angry in the long run, about the treatment of Canada's "First Peoples" and our own -- I'll be glad. 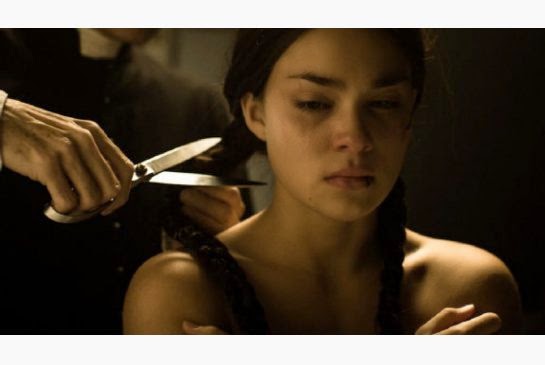