The Great Gatsby Goes to the Screen: That 1922 Glamour and Risk 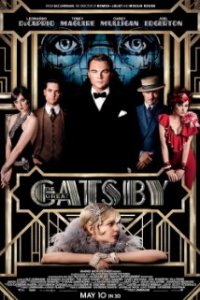 Baz Lurhmann’s adaptation of F. Scott Fitzgerald’s The Great Gatsby opens on May 10, and stars Leonardo DiCaprio (as Jay Gatsby), Carey Mulligan (as Daisy Buchanan), and Tobey Maguire (as Nick Carraway). For many moviegoers, there'll be some justified wondering about whether the film's version of the Roaring Twenties is exaggerated -- was there really such a gap between rich and poor, wealthy and hard-scrabble?

The short answer is: Yes. Although today's wealth gap is wider in terms of dollars, the 1920s showed Americans what that famous American Dream could look like in terms of costly clothing, money enough to eat and drink what and where you wanted, glamour and glitz. Fitzgerald's book is now a researcher's treasure trove, containing not only telling details about life, but also emotional levels that can be explored and used for measuring some points of view as we construct historical fiction dating back to the 1920s.

I kept Fitzgerald, Hemingway, and many newspaper articles on hand while crafting COLD MIDNIGHT. If I could have slept with them under my pillow, I would have! (But the print makes me sneeze.) It especially mattered in terms of the relationship Ben has in the novel with Colonel Bateman, as well as Claire's restricted grasp of her own town -- which had its "high life" way outside her own working-class experience.

I plan to see the film sometime in the next week or so, to enjoy Luhrmann's take on "what it was all like." I can hardly wait!
Posted by Beth Kanell at 3:53 PM