The Underground Railroad in Vermont: The Real One 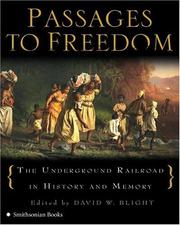 Many thanks to the Barnet Junior Historical Society, with mentor Sherry Tolle, who invited me to join the group of grade 2 to grade 6 students at the Barnet (VT) School library today. From the girls up front to the boys at the back table, everyone had opinions and information to offer about what the Underground Railroad was, and whether there could be hiding places in local houses that had a connection with the movement to make sure fugitives from slavery were able to reach freedom, safely.

Mr. David Warden, a leader in the Barnet Historical Society, was also on hand and gave some details about older houses in town, especially the Goodwillie House, where a double wall in the cellar has sometimes been assumed to be a hiding place from the Underground Railroad movement.

We talked about what the UGRR really was (no train tracks; not underneath the ground), why it was so important, and why the hiding places in Vermont -- especially in this area, the Northeast Kingdom -- probably weren't for hiding people. Probably the most important part of the reasons was the absence of slave hunters in Vermont. Passages to Freedom: The Underground Railroad in History and Memory, edited by David W. Blight, says this:


Probably the most important factor in making Vermont a safe haven for runaways was simply its geography. The sheer physical distance from the slave South to Vermont was just too great to make capture economically feasible. Historians John Hope Franklin and Loren Schewininger have shown that the cost to the slave catcher could exceed the value of the fugitive if the search extended too far or too long. (p. 256)

That led to a discussion of how "stories" about slave hunters started in Vermont anyway, and why people want to believe in an Underground Railroad version that's closer to being a "story" than to being "history." One of the students compared this to the long-held "official" view that the earth was flat, even though sailors all knew it was round, because of what they saw every day at sea. Good comparison!

For teachers, librarians, and historical groups looking for a good handout for elementary-grade students, check this offering from the National Park Service, free for downloading and printing: http://www.nps.gov/subjects/ugrr/education/index.htm -- and click on "Junior Ranger Booklet."

Thanks again, Mrs. Tolle, for mentoring such a lively club and inviting me to meet with your students!
Posted by Beth Kanell at 8:09 PM