The Long Road of Research 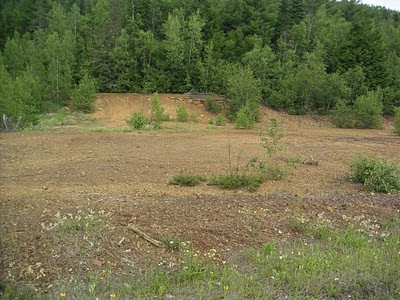 The photo here is part of the remains of the Ely Copper Mine in central Vermont. I took the back roads home today from the Vermont History Expo, in order to find the site and catch a couple of photos. This adds to information that I already have from a scientific researcher for the site. Look hard and you may spot the remains of a laid dry-stone wall at the rear -- I think perhaps from a rail bed. I stayed on the road to snap the photos, as walking on the land is banned.

And it all is part of the long, slow accumulation of detail for a book that I'll probably start in 2012 -- working title "Crowd Control" but that's just for the file folder. I already know it involves a haunting, and the long consequences of injustice. Will it be for young adults, or older readers? I won't know until the characters start speaking to me.

But for the moment, I'd rather they only whisper. COLD MIDNIGHT and THE FIRE CURSE are occupying about all of the writing brain that I've got!

Just for the fun of it, here's a photo from the History Expo, where I met with readers and history buffs at noon. The Expo takes place every second year and is well worth attending! In the photo are members of the Vermont Civil War Hemlocks (Civil War re-enactors). 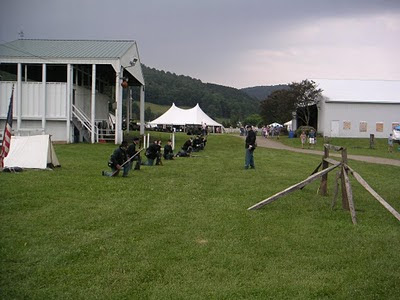